The basic principle of veneer drying？

Veneer drying is the process of drying the rotary cut wet veneer to a certain moisture content according to the process requirements. 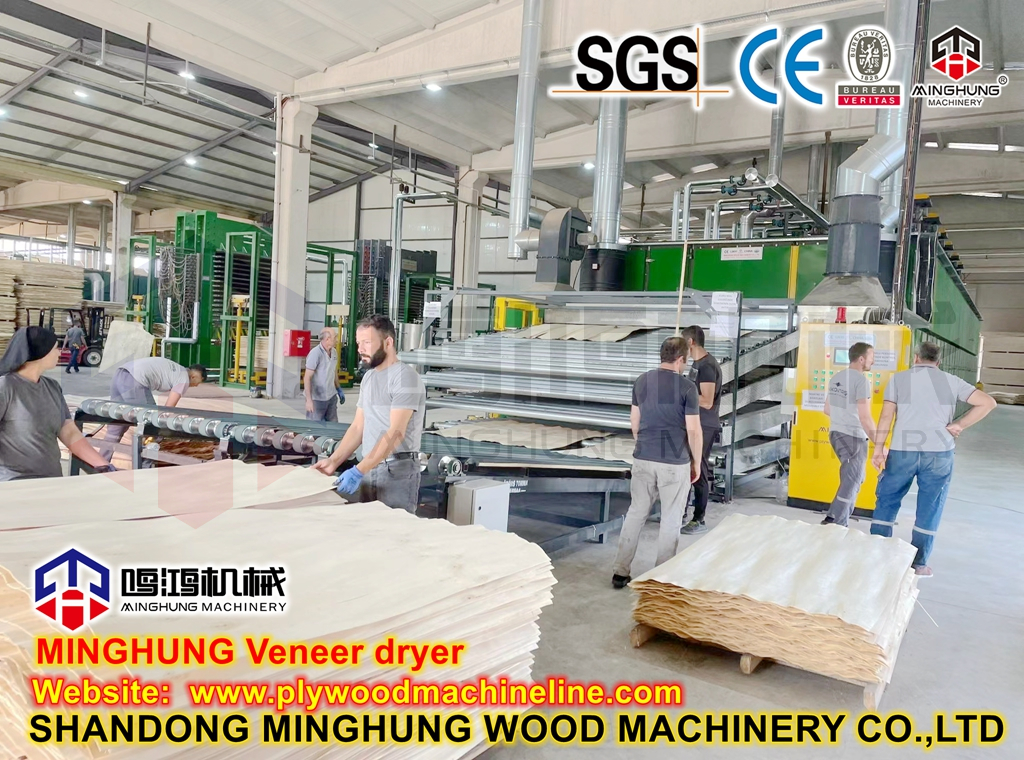 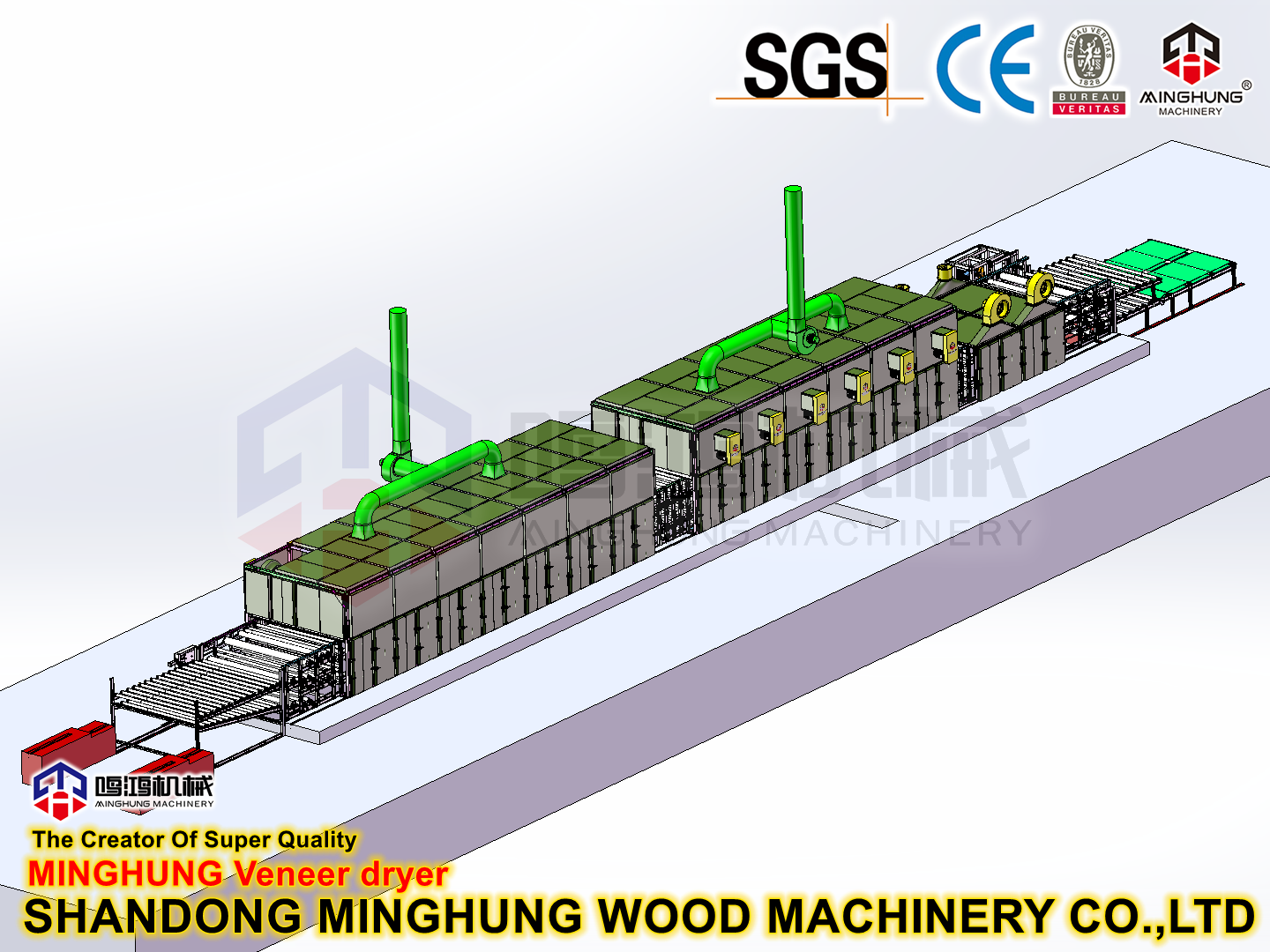 The relationship between veneer reasons and drying speed？

1. Different tree species have different densities, so the drying speed is also different. In the case of the same thickness, if the same weight of water is evaporated, the value of the moisture content reduction of the veneer of the denser tree species is smaller; on the other hand, from the perspective of the structure, the cell cavity in the wood tissue of the denser tree species is smaller than that of the veneer. Small, the cell wall is thicker, so the resistance of water conduction in the range of low moisture content is large, so the drying speed is reduced. But some tree species are exceptions, for example: Ash veneer with a density of 0.69g/cm³ has a shorter drying time than basswood with a density of 0.63g/cm³, because the ring hole of the ash veneer is large, the material is rough, and it is easy to Evaporate moisture.